Marigolds: A rekindled love affair, and why you need them in your home garden! 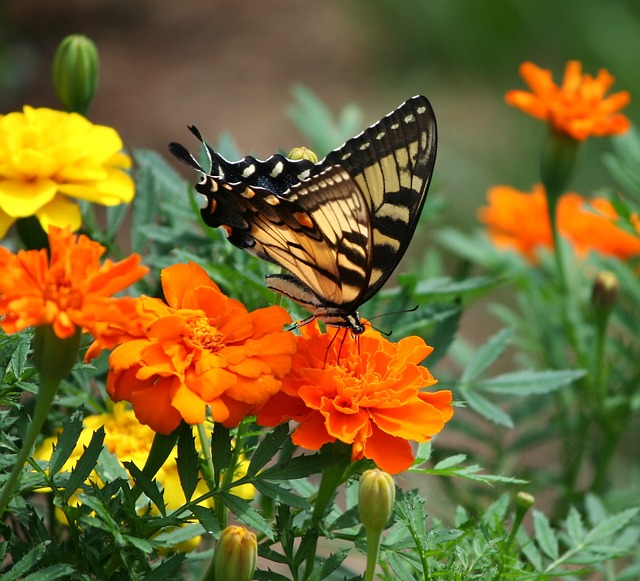 To me, Marigolds are one of those commonly planted, intro to gardening, not grown for the bouquet flowers. Every inch of my garden space is precious, so I don't dare let the marigold commoner occupy what could be used for something of higher value.  By value I mean....something I can eat. This season however, in a pinch I tossed some Marigold seeds into a raised bed, and was surprised by the prolific journey we had together. Now, I'm officially changing my opinion on these old classics, and digging up some dirt on their history to back it up

I love learning the history of plants, especially plants I'm currently growing.  Plants are, after all, what powered people. They were used for food, shelter, for barter and purchasing, cured ailments, celebrate life and death.  They are the sustaining connection between people and the land. And so, the Marigold is no exception, even with it's tangled origin story.

The Aztec people were the first known to grow Marigolds, with the recorded use as early as 1552. They attributed magical, medicinal and religious properties to Marigolds including using it as a cure for hiccups, for safety when crossing bodies of water, protection from lighting, and more. They also bred Marigolds increasingly for larger blooms (because bigger is always better when it comes to flowers, right?!). 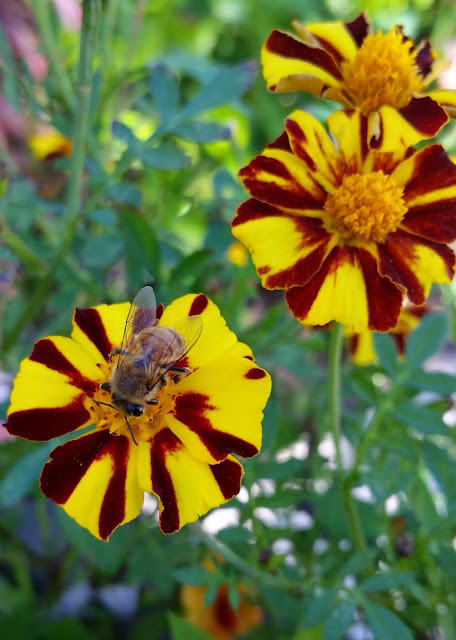 
After learning the powers of Marigold, Spanish explores stole native seeds from Aztecs and brought them back to Spain. There they were grown in monastery gardens, and were passed along to France (French Marigolds, Tagetes patula) and Northern Africa (African Marigolds, Tagetes erecta).  Along the way the uses, culture and growing habit of Marigolds began to change. In Africa the flowers became more tall and lanky, while other varieties remained stocky with big flowers. The common name drew new meaning in parts of Europe as 'Mary's Gold', describing an association with the Virgin Mary, and using the flower as a gift.

Eventually, Marigolds spread across Europe and made it to the Far East. Hindu culture to this day uses Marigolds in religious ceremonies as offerings and decorations to strike appeal with their Gods. Mexican cultures used marigolds in a similar way to celebrate All Saints Day and All Souls Day. Often you can find Marigolds planted or scattered through a Mexican cemetery or in temples of worship. 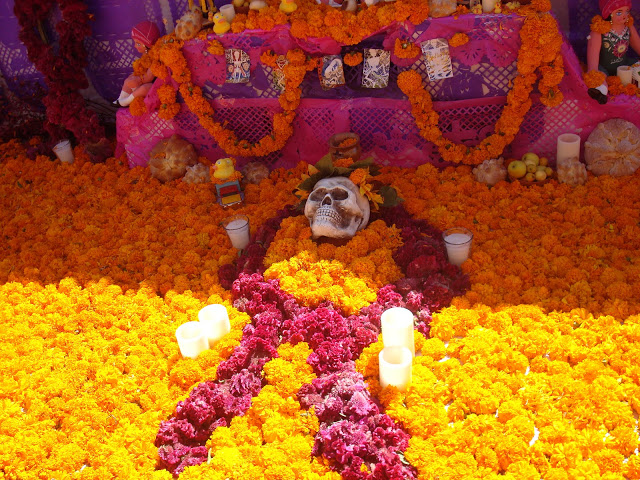 All Souls Day Celebration with Marigolds, photo by Alison Bastie

It wasn’t until several hundred years later that Marigolds made it to American Gardeners. Thanks to their easy to grow nature and adaptability, Marigolds triumphed in most developed parts of the world, a statement not spoken for all flowers.

In America, they continue to be one of the most popular in the flower industry.  Typically, I sow my Marigolds during the summer season, for their use as a cover-crop. I very rarely hold space for them in my garden during our growing seasons. But this season, everything changed. I had a few mid-season holes to fill in one of my raised beds, so I threw in some marigold seeds.  After weeks upon weeks of nonstop blooming, they won me back with a show of yellow, mahogany, gold, orange and deep red flowers. I’ve done nothing but neglect them, and nevertheless, Marigolds prevail.

Marigolds are one of the easiest to grow from seed, simply sprinkle directly into garden beds. For better success you can sow individually in seed trays and start indoors. Additionally, I’ve had luck propagating marigolds by cuttings of more mature plants this past season. 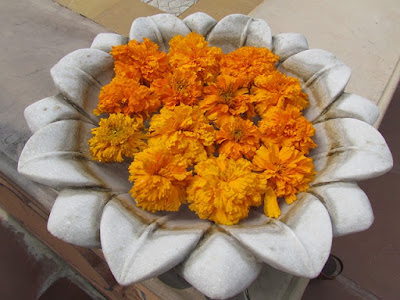 Marigolds as a lotus offering

Because of my rekindled flame with marigolds, I decided to look a little deeper into what they're used for and why (especially now that my garden is loaded with them). So, my love affair continues with this short list of Marigold uses:

2.  Marigolds are an antiseptic, anti-fungal, anti-bacterial and anti-inflammatory:  It's no wonder this powerhouse has continued to be popular in medicinal and herbal gardens. They’ve been made into tea to treat scorpion bites, heat exhaustion, hiccups, snake bites, lightning strikes, skin conditions, indigestion, ulcers and more.

3.  Marigolds hold ceremonial and societal value: Marigolds in many cultures are used to celebrations in decorating graves and pay homage to gods. They are a sign of fertile or recovered land, they appear at weddings and funeral. They appear as a symbol of friendship, fertility, creativity, and bravery.

4.  There are hundreds of varieties of marigolds: Since these have been around for so long, they have been hybridized many times to produce bigger flowers, taller plants, etc. There’s a Marigold variety for everyone.

5.  Essential oil for fragrances and dyes: Some Marigolds have been bred to be scentless, but other varieties are sought out for their fragrance.  Some of their oils are used in perfumes, and in even in tobacco products!  The brightly colored petals are used quite often for the carotenoid lutein to color foods like pasta, vegetable oils, salad dressing, ice cream, mustard and more!

6. Pollinator friendly: Marigolds are a host plant for some moths while butterflies and bees enjoy them as a nectar source. Plant them along the edges of your veggie garden to attract pollinators.

7.  The flowers hold up well in bouquets and crafts:  I use Marigolds often as a cut flower, but they also work well dried, or pounded for their color.  Don’t pass up on these when you’re making flower crowns or crafts with kids, either.   They are sturdy, bright and fragrant! Perfect for wildcrafting. 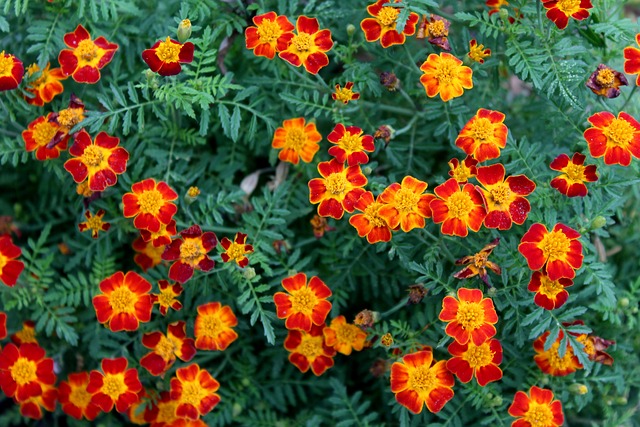 This by no means is a complete list of Marigold history and uses, so I implore you to consider, or reconsider planting marigolds in your own garden.  If you do, I suggest trying heirloom varieties, so you can save the seeds, and connect to the traditional method of growing, and make your own history with Marigolds.
history Learning Garden marigold